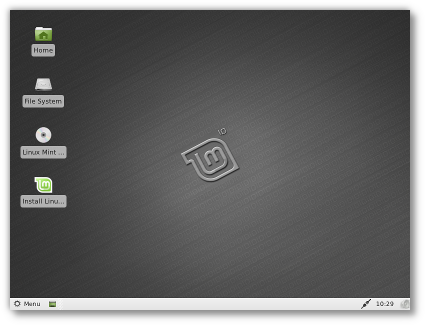 The team is proud to announce the release candidate of Linux Mint Xfce.

We also added mintmenu to this edition as an alternative menu. Be aware that it was designed for Gnome and that it uses an additional 30MB RAM. You can add it easily by right-clicking on the panel and selecting “Add new Items”->”XfApplet”->”mintMenu”. Don’t hesitate to report bugs on mintMenu in Xfce as it will eventually support both desktop environments. 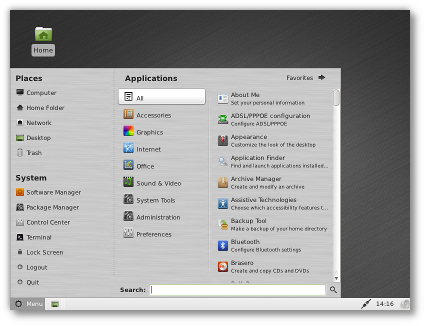 Rolling editions do not carry version numbers. They follow the Debian Testing branch. Because of their rolling nature, they’re receiving continuous updates and their version number never changes (technically it’s always “1” though we do not mention it since it’s not relevant). Note the absence of version number in “Linux Mint Xfce” for instance, indicating its rolling nature.

No. Linux Mint is Linux Mint, it’s not based on anything per say. It provides different editions which include different upstream components. In regards to package bases and repositories, what’s happening today is that the Xfce edition of Linux Mint is switching two important things: